The ADCOLOR Blog > ADCOLOR > Elevating the Diaspora with Asians for ADCOLOR 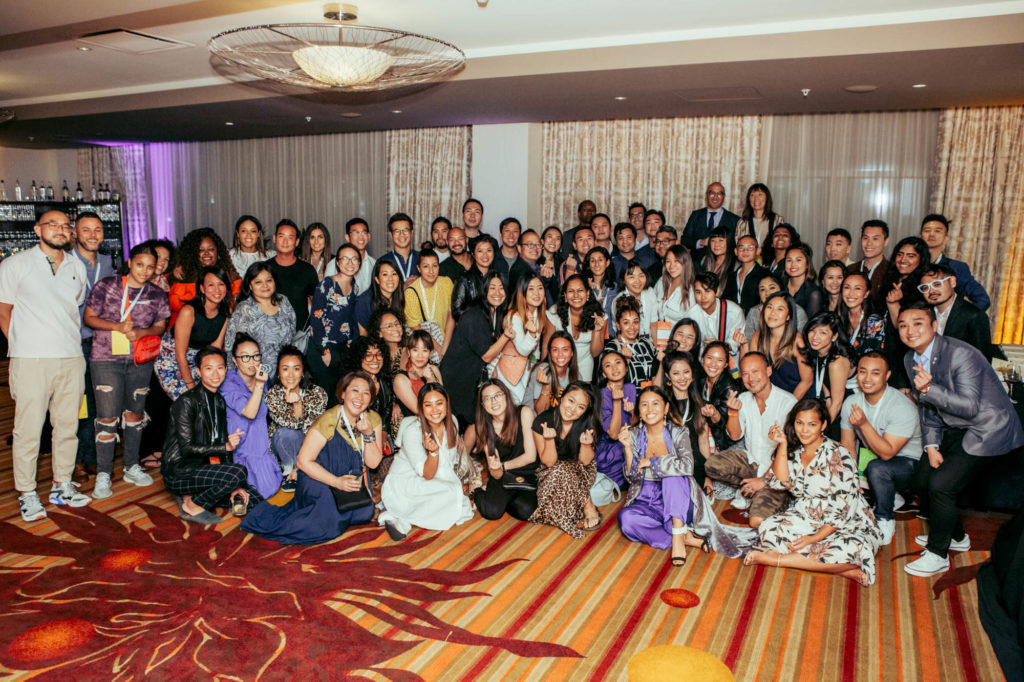 Elevating the Diaspora with Asians for ADCOLOR

This year at ADCOLOR, we’ve been creating spaces to have critical conversations about different types of identity. We may all come from different backgrounds, but we recognize that there are important shared experiences that bring us together within and across ways that we identify. We can’t rise up unless we rise together.

Asians for ADCOLOR was created to explore, reflect and represent the complexity of the Asian community. We’re bringing this to life by having intentional discussions about the spectrum of Asian identity and welcoming allies to join the movement. This year, Asians for ADCOLOR organized a panel discussion and community mixer to reflect on the current state of Asians in culture and how we can uplift and understand each other.

Defining an Identity Beyond Black and White was a panel discussion that explored the challenges and misconceptions facing the Asian community today. Panelists discussed making space for all identities within the diaspora—recognizing that Asians represent identity beyond Chinese, Japanese or Koreans, and also includes Sri Lankans, Filipinx, Hawaiians and so many more. “We have to be more open about how we see the Asian experience,” declared Khara Wagner, Group Business Head, Anomaly.

2019 has been an incredible year for Asian representation in storytelling, with movies and shows like Crazy Rich Asians, Always Be My Maybe and Patriot Act. As we have more space to share these narratives, it’s important that we don’t typecast what it means to be Asian. “Asians are the most economically divided racial group. That’s often obscured in marketing with the model minority myth,” shared Rebecca Sun, Senior Reporter, The Hollywood Reporter.

Defining an Identity Beyond Black and White breakout session. Photography by McKenzie Cooper.

Thas Naseemudeen, CEO, Omelet discussed how we can work together as a community. “I believe it is about allyship and how we can support each other. The next generation is coming up so differently and there’s a blurring of the lines but that doesn’t make us different from each other. It’s not about a singular racial conversation—it’s about how you elevate all of us together,” she explained.

Panelists also expressed how representing other minority stories can also pave the way for Asian representation. “Specific is the new broad. There is a pendulum shift happening where new kinds of storytelling are being created,” observed Ted Chung, Founder and Chairman, Cashmere Agency.

The panel concluded with a discussion around how the Asian community can support other minority groups. “We have to make sure that we don’t just get involved when it affects us directly. It’s all of our responsibility to do the right thing,” added Khara Wagner, Group Business Lead, Anomaly.

The inception of Asians for ADCOLOR began during a group photo at the 2017 ADCOLOR Awards. Photography by Mark Clennon.

In the evening, Asians for ADCOLOR organized a community mixer to elevate each other and hold space for intentional conversations around Asian American representation.

Jezz Chung, Diversity and Engagement Lead, Anomaly welcomed attendees by explaining the origin of Asians for ADCOLOR—from a group photo at the 2017 ADCOLOR Awards to a dinner and discussion at ADCOLOR 2018 to the mainstage at ADCOLOR 2019.

Jezz explained, “Last year, we just wanted to get everyone in a room and be intentional about the space, but this year, we’re looking to elevate the experience. No small talk—we want to talk about our privilege and how we spend it in the midst of an Asian American cultural renaissance. We’ve kept it pretty simple and make sure that we set the intention upfront. You are here because you have power and you have influence, and when we get together, we elevate each other.”

Susie Nam, Chief Operating Officer, Droga5 set the focus for the evening. “I want you to use this space and this time to be vulnerable with each other. We have a lot of shared experiences. Talk about what your journeys are. Talk about what you’re working on. There’s no right or wrong in these rooms.”

Next, Stephen Kim, Associate Director for Information & Technology at Princeton University Art Museum, raised a toast to the Asian honorees and nominees at this year’s ADCOLOR Awards. He asked them to share what this year’s theme, #TakeAStand means to them.

Robert Wong, Vice President, Google and Co-Founder, Google Creative Lab, advised “Take the mic and tell your story—not what you think people would like or ask of you, but tell the thing that personally resonates with you and gives you joy. When you focus on that, you know that whatever you make will touch people because it’s true. Then, pass the mic.”

Ted Chung, Founder and Chairman, Cashmere Agency, encouraged everyone to take action. “How can all of us create opportunities together for each and for the next generation? There’s a long-tail game here, and it doesn’t have to be for the immediate success of you.”

Over the weekend, the events created moments of enlightenment that showed how far the Asian community has come, recognizing the ways we’re leading in all fields, and set intentions for how we can move forward. A huge thank you to the Asians for ADCOLOR organizing committee—we’re excited to move the conversation forward together. Let’s keep the momentum going through having intentional conversations, practicing critical empathy, and taking a stand in our own way.